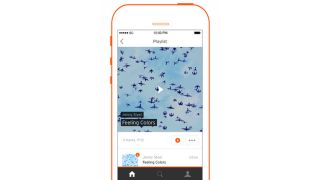 In a move that's been anticipated for several months, SoundCloud has launched a music subscription service in the US. Going by the name of SoundCloud Go, this puts the company in competition with the likes of Spotify, Apple and Google.

SoundCloud has traditionally been seen as a breeding ground for emerging artists and a platform for those who want to showcase remixes, DJ sets and new material. With SoundCloud Go, though, the balance is shifted away from creators and towards listeners; the company has signed licensing deals that will enable it to legitimately include content from major labels.

Those who sign up will be able to enjoy the service without ad interruptions and download their favourite tracks for offline listening. After a 30-day free trial the price will be $9.99 per month, or $12.99 if you sign up through the iOS app.

By offering both major label content and 'underground' tracks, it looks like SoundCloud will be pitching itself as the place to go for the best of both worlds, though it seems that Apple is thinking along similar lines.

If you're a creator, you'll still be able to upload tracks just as you always have (and the free listening service is still in place), but it remains to be seen whether SoundCloud will be able to maintain its reputation as an 'artists' platform' rather than one that's geared towards consumption.

You can find out more on the SoundCloud blog. US users can sign up to SoundCloud Go now.