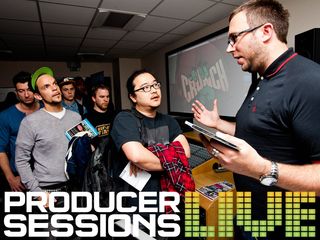 After a sold-out launch event in 2010, Producer Sessions Live 2011 - which is brought to you by our sister magazines Future Music and Computer Music - features more producers, more gear and more opportunity for today's music makers to get on the fast track to success.

The event offers intimate tutorial sessions with some of the biggest names in music production and gives you the chance to get hands-on with the latest hi-tech recording gear within a studio environment.

Confirmed artists so far include Stonebridge, D.Ramirez, Mark Hill/Artful Dodger, Nu:Tone, Tommy D, Kid Massive, Nicky Romero, Steve Mac, Dom Kane and Dave Spoon. More are set to be added to the line-up in the coming weeks. A list of exhibitors can be found on the Producer Sessions Live website.