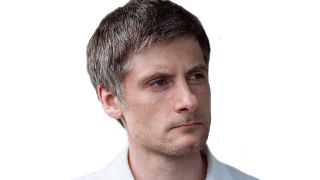 Fed up with the tools available to him at the time, James Walker-Hall embarked on creating his own instruments in Reaktor, which opened up new avenues as he pursued a career with Native Instruments. We got chatting to the man who formed New Sonic Arts as a "side-project" and grill him on his latest plugin, Freestyle.  

How did New Sonic Arts get started?

"I've been designing music software for around 15 years now. It all started back in the early 2000s when I was producing electronic music and found myself pretty frustrated with the available tools. I started using Reaktor to build my own instruments, and before long I was making commercial Reaktor ensembles for Native Instruments. During ten years in Berlin, my biggest contribution was the conception and design of Maschine.

"New Sonic Arts originally began as a kind of 'sandbox' side-project. Fastforward a few years and we now have four apps and a range of content products, so it's evolved into my full-time job. Luckily I have some very talented people supporting me, and I'm really excited about where we're headed."

 Your new plugin, Freestyle, is a "VST host for stage and studio". What inspired you to create a plugin designed to host other plugins?

"I've always felt pretty frustrated with the 'track-based' approach of typical DAWs. It's essentially a reproduction of dated technologies. You're effectively forced to work with plugins within a rigid framework of tracks, buses, sends, returns etc. This is not only limiting, but hard to get your head around when you're starting out. Freestyle doesn't have any of those constraints - it's about stripping that away and providing a blank canvas where you can 'just connect things'."

What challenges did you encounter while making Freestyle?

"If I had to pick something out, it would be the alignment algorithm for the Structure View, which automatically positions modules based on   signal flow. That was very tricky because Freestyle has no rules or containers (such as tracks) to group and sort things by.

"VST hosting has also been a very big challenge, but of a very different nature. With an open standard, you're no longer really in control, and there      are subtle variations between VST implementations. In the end it was a huge testing effort, and the input from our beta-testers was invaluable."

How could this kind of plugin-hosting technology evolve?

"One thing I learnt pretty quickly in the software business is 'never commit to anything', but lots of Freestyle enhancements are in the pipeline, and I'm pretty confident that we'll see new modules: new effects, sequencing, modulation and event-processing modules.

"I also see us developing the live use case further. Right now Freestyle is great if you're a live keyboard player, but I also want to build solutions for guys who don't have keyboard skills (like me), and want to jam around and improvise with loops and phrases."

What's next for New Sonic Arts?

"No big surprises - I'm not really interested in diversifying or having a large portfolio of products. My ultimate vision is a suite of consistent and complementary plugins, all seamlessly integrated into a unified production and performance framework. There's a long way to go, but I feel we're on the right path. There are so many things to do - for all our products - so for now there is more than enough to keep us busy!"