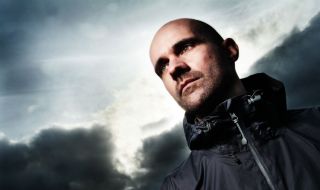 DJ EXPO 2014: Changes in electronic music production and the DJ culture have moved at a startling pace with roles becoming increasingly interchangeable. But has it been for better or for worse? DJ Expo talks to two very different artists from completely different eras to find out.

Holding the traditionalist view is 41 year old English trance producer and DJ John 00 Fleming, who embraces what modern technology has to offer while very much being an advocate of the underground club scene and old school music-making aesthetic.

Meanwhile, 17 year old Dutchman Martin Garrix has only ever known the flawless precision of working in the box, while being marketed as a full-on contemporary DJ.

The popularity of the modern DJ continues to rise. However, while the EDM culture has rejuvenated the DJ experience for many, for others it has become a soulless vacuum that's too heavily reliant on the performance aspect.

Where better to start than asking Martin what initially attracted him to DJing? Was it all about the lifestyle or did he have a deep interest in the DJ culture? "For me, it wasn't about the lifestyle because I had no idea how the lifestyle was. I got interested because I saw DJ Tiesto performing at the Olympics and it kind of hooked me onto electronic music. A couple of years later I bought my own DJ equipment and just started messing around."

For Trance stalwart John 00 Fleming, however, the DJ scene is becoming more about performance art than music: "You've got this generation - the X Factor mentality, where they see this magical, romantic story of this guy who used to work in Tesco and three months later he's a pop star. It's in our DJ/producer culture as well. You get some guy who makes a couple of tracks and bang off they go touring the world. But that's all it is - a one-off romantic story."

Does Fleming not see the DJ's role as being that of a performer? "Some people love being on stage but I hate it. I don't wanna feel like a puppet that's lit up and has to keep moving or doing something. I just want to get in the corner and concentrate on my job in hand. I hate LED walls, pyrotechnics and dancers on the stage. It distracts from the musical journey."

At the tender age of 17, Martin has grown up with sophisticated equipment that provides uniform techniques for the modern DJ. Does he think technology is making it too easy to DJ, or does practice still make perfect? "Of course you need to have a feeling for rhythm and things like that, but in the end I think you can still come a long way forward with a lot of practice. But that's not only with DJing, if you practise a lot you'll get better at anything."

But doesn't the technology add tricks and effects that merely distract from the music? "That depends for every artist. Most of the time I only use my effects when I'm mixing one track into another, or when the track is building up to the drop and I add effects to make the build up even more hyping."

Check out one of Martin Garrix's most popular releases to date, a collaboration with Jay Hardway on Wizard:

Getting stimulated in dark rooms

John, on the other hand, believes experience is king and real DJing is becoming something of a lost art. "At the end of the day, I've got a strength they haven't got: I've got a musical palette. I don't call them tracks, I call them tools and they're the tools that I read the crowd with. I look at the crowd and I know what to do to make them go up, down and sideways.

"People naturally miss that when they go to these other DJs who throw in the big records, bang, bang, bang. When you experience a proper DJ set you walk away like, 'Wow, where did those last five, six, seven hours go?' You've had this magical musical experience."

What's his opinion of the modern day super club? "In the commercial clubs you're surrounded by clubbers that are more interested in the big hits, hitting on girls, getting drunk and showing off their muscles and false boobs, whereas the rest of us are in a dark room getting stimulated by not knowing what's going to happen next."

Despite having a couple of big hits under his belt, Martin is a relative novice as a touring DJ. What is he learning from his experiences out in the field? "I played on a camping site a year ago, and the set I played was completely different to the set I play for the festivals. From those bookings you learn a lot and it helps you adjust your set when you're playing to a crowd that isn't going off so well or as hard as you expected."

Has he learned anything from the other DJs around him? "Yes. You have to tell a story with your set. You have to build up and not only put bangers in but adjust your set to the crowd. I don't ever feel intimidated, but I definitely get the feeling like, 'Fuck, I have to prove myself'."

Clearly, Martin is keen to learn from those around him. We wondered whether he ever experiment with vinyl before using a CDJ? "No, I got one vinyl player. It was fun, I just messed around with it, but after a while I started with producing. That helped me a lot because nowadays there are a lot of DJs but you can separate yourself by producing your own tracks, and people will attend the shows because they know your tracks."

Martin Garrix is a celebrated product of the new school and has always favoured CDJs over turntables...

The lost art of DJ-ing?

The subject of producers becoming DJs is a sore point for John. "You suddenly have producers become DJs, but they're not DJs and they've got nothing behind them. With technology, anyone can be a DJ because it's all beat matched whereas beforehand they'd make a real pig's ear of it and that's what stopped them from doing it. It's a real art form that I feel is lost today."

But what about music-making? DJs are increasingly moving into production and Martin initially attended production school in Utrecht. What did he learn there? "I learned about production itself, how you produce specific sounds. I didn't actually learn how to make a track - that's something you have to learn yourself.

"If you make a track they tell you how you can change this sound or make it sound stronger by adding this effect or by compressing it more. All these small things really helped my productions."

Today, younger producers mostly work in the box and often see hardware as toys, not a tool to aid production. Is that the same for Martin? "I did everything using software, the only hardware I had was a MIDI keyboard. I think that in a few years you won't even hear the difference anymore between the hardware and the software. The average person can't hear if a track is compressed by something which is done with software or hardware. I don't know, for me software works and I don't' need hardware yet."

All the gear, no idea?

From what John has experienced as a record label boss, there are still many aspects of music production that younger producers have yet to grasp. "They'll quite happily spend a bucket load of money on a computer but they won't spend the money on some monitors, and that's your ears - or they won't spend money on acoustic treatment of their room.

"Yes it's great that you've got the access to having a studio at home, which has opened the doors to many talented people, but then, if you look at the current fad of EDM, it's like cut and paste music."

After reading this, you might think John is averse to modern music-making tools. On the contrary, he understands what they've brought to the table: "It's made things a lot better, purely because I'm a touring DJ and it's pretty much impossible to take a 48-channel mixing desk on the road. Now I can take my laptop and carry on working.

"I feel there's a bad side to it as well. I see the new generation spending hours flicking through presets trying to find that sound that will go in the gap. It's going to be like a jigsaw puzzle that will never fit properly. I hear it when I get promos and demos at my label. It's digitised - there's no soul to it."

Whatever choice of technology they use, both artists are currently working on new projects. "I'm working on a new track with Dmitri Vegas called Like Mike," exclaims Martin. "I've also got new tracks coming up with Sander Van Doorn/DVBBS and Tiesto, some new shows, and a new remix I'm working on so there's a lot of new Martin Garrix to come out."

John, meanwhile, is on the cusp of releasing a mammoth four-hour, 42-track digital compilation of his club brand JOOF Editions. "I couldn't find the music I wanted to play so I thought I'd create this concept of taking things back to the roots of underground - a dark room, good quality sound system, DJ booth tucked out the way, and a room full of music lovers lost in a journey.

"People are loving the experience of a proper DJ again. It seemed natural to release a mix compilation in a digital format so that people can hear it the way they want to hear it."

JOOF Editions is out now on JOOF Recordings