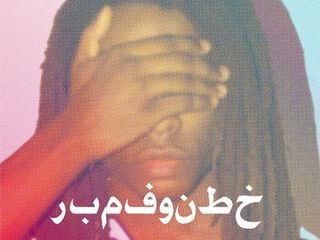 Techno from The United Arab Emirates.

Now, if we were to write a news story every time a new musician or producer caught our eye then we'd never have time to do anything else. But every now and then someone a bit unusual crops up that we just have to tell you about.

One such artist is19 year-old producer Darling Farah, who was born in Detroit but spent most of his childhood in a town in The United Arab Emirates that actually bans music from being performed in public. Sounds like something out of the movie Footloose, right?

Yet despite this Farah is emerging as the leader of new underground electronic music scene emerging from the UAE. Almost entirely cut off from western music, and with no easy way of sharing their tunes, this new circle of producers has had to rely on sharing music via the internet and performing at small house parties.

Darling Farah has recently released his debut single, Berline, over here via Civil Music. It pulls obvious influences from Farah's Detroit birthplace, taking in minimal techno with hints of house and electro. MusicRadar will hopefully be chatting Farah about his peculiar back-story in the near future. For now you can stream Berline below.