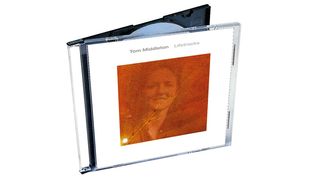 Lifetracks: "It's a very intimate album."

Anne Frank, Bridget Jones… Tom Middleton? How on earth can you lump an Electronic pioneer and DJ in with these two celebrated diarists? Just spark up Lifetracks - it's all there, homeboy. Middleton's debut solo album was conceived as an audio diary of his life so far. Through 14 tracks of soulful beat making and classically inspired arrangement, he soundtracks some of his most vivid experiences to date - zooming around the astral plane, proposing to his missus, and falling from 4,000ft towards the looming Sunshine Coast of Australia.

"It's a very intimate album," says Middleton. "I pulled together all the best experiences, people and places I came into contact with over nine or so years, and made music about them."

Helping him to recreate the journey so far was a gang of musicians, including standout bassist Andy Kramer. His trademark vibrato playing, on a custom fretless bass, underpins the bulk of the tracks, evoking the rich musicality of ECM Jazz legend, Eberhard Weber. Add to that Middleton's experiments in the then-fertile ground of 2-Step garage drum programming, and you have a warmth and heart at the very core of the album, but with a contemporary swing to drive it home.

"Andy definitely brings out the kind of emotionality I was after - and he really works over the type of beats I was inspired by," says Middleton. "This was the time people like MJ Cole were exploring that really interesting two-, rather than four-on-the-floor, skank."

Also onboard, spiritually, are the ghosts of the super old school. As a former concert cellist, Middleton also called up the souls of dusty composers to flesh out his stories.

"There's a big classical influence as well," he says. "I'm a big fan of French romantics like Debussy, and English pastoral composers like Ralph Vaughan Williams. If I'm telling the story of my life through music, they have to get a look in too."

Tom Middleton continued to live his wonderful life in full after his debut. If you're wondering what that sounds like, don't fear - he's just finished work on Lifetracks 2, which will be out soon!

Here, Tom takes us through his masterwork, track by track.

"The whole point of Lifetracks was that each of these songs was a soundtrack to a particular experience I'd had. Prana comes from the first trip I'd taken to the black sand beach at Lion Rock in New Zealand. The drama of experiencing that inspired this track.

"Andy Kramer is on bass here. He's on the album a lot. He was recommended by my Pro Tools engineer and drummer, Emre Ramazanoglu. He switched me on to some great session players. He knew he'd be able to bring the kind of emotionality I wanted.

"I needed people onboard who understood emotional integrity. This was a journey we were going on here. I want them to feel it. We were scoring the movie of my life."

Beginning Of The Middle

"The track has a little bit of progginess in there with the reverb on the drums [laughs]. There is some kraut rock in there too.

"I deliberately doubled the tempo in the track at one point, so it goes from downtempo to uptempo to give it that 'Let's go - Woohoo!' moment. I didn't really think in terms of tempos. It was more about a feeling and a vibe. This is music, right? It has to have its own pulse."

"This is named after the bullet train in Japan. I've had a love affair with Japan ever since my dad played me Isao Tomita's Snowflakes Are Dancing LP as a child. From then, I was switched on to this country.

"Being on the Shinkansen is a great experience. There's music and the trolley dollies bow. It's a beautiful trip as well. They've carved out these amazing routes.

"This track started out being called Lovelife, under my Odyssey moniker. It was still a soundtrack to the Shinkansen experience, but at that point Lifetracks didn't exist, so I came up with another name for it. I was massively into 2-step garage at the time. No one had made what I liked to call deep-step; they still haven't. That's what I was going for, bringing in that ambience and layers. That emotionality. Riddims are essential, but beyond that I want some harmony and soul."

"The experience that this track soundtracks is me proposing to my missus. We were in a helicopter flying over San Francisco. It was very rock 'n' roll [laughs]. I wanted to come back and make a track based on
how that felt.

"The track centres around a string arrangement I'd created with IK Multimedia's SampleTank plugin. I used that throughout the album as my orchestral weapon. I brought in a two-woman string ensemble called Echo to embellish it in the studio. They turned my average, novice arrangement scoring into something better. It was very much in the Zero 7 sound. I was very fond of that at the time. You can't go wrong with a lovely warm string section."

"I was flying from Australia to Japan and looking out the window at this layer of clouds in the sky. I had this moment at 38,000ft staring out at this scene that was so still. The clouds looked like mirrored glass. It was spellbinding. I just started writing this track. I had my trusty Yamaha QY70 out, which I used to compose on the move. The track developed into this Steve Reich, cyclical, orchestral instrumentation piece. It starts with piano and clarinet and then an oboe plays the main theme, and then I bring in a harp.

"This track had another life, too, as it turned into a remix for Sophie Barker from Zero 7, called Glass Raindrops. I re-edited it around her vocals."

"When you're travelling around, you really want to come back home to your roots. So, coming from Cornwall, I pined for that.

"The picture that accompanies this track in the CD booklet is a really nice image of a mate of mine on the beach in the Isles of Scilly. Being in Cornwall can just give you a certain feeling. It's one of those magic places, this beach. It's really hard to get to, but it's otherworldly. They have a microclimate there - it's sub-tropical.

"This track is all about missing the place you come from and the longing to go back there and, when you do, the celebration of getting back. It's quite a layered track too. I'd say I'm quite 'maximal', not minimal."

"I wrote this track after jumping out of a plane at 4,000ft over the Sunshine Coast of Australia. I would highly recommend it, if you don't have kids [laughs]. If you're at that moment in life where you want to experience stuff, do it. I did it to impress a wickedly funny Welsh girl who moved out there and had dared me to do it. She'd booked a load of secret activities and this was one of them. I was absolutely bricking it, but she was hot. The plane door is open the whole time! Guess who was first out? I was strapped to this adrenaline junkie Australian, and when you jump and you're falling your brain resets. It's the maddest feeling ever."

"This has got a great Andy Kramer live fretless bass performance on it. It's quite folk too. It's in 6/8 time, which is a waltz time. The groove on this sways like a lullaby.

"Out of all the tracks I've had a hand in producing, it's the ones with these type of time signatures that stand out - 4/4 gets a bit boring. The track is like a string arrangement with a folk harp. The lead sound, that melancholic thing, is in a bass/cello frequency. For that I needed Andy Kramer to do his thing.

"The song just feels like the location in the title. It's an extraordinary place, by Godrevy Lighthouse. It's an epic bay, and the music celebrates a quiet moment there. I used to love going there and contemplating the meaning of life."

"This is a real exercise in taking what I'd learnt producing drum 'n' bass - the full subsonic frequency education - and applying that to downtempo beats.

"This was a completely 'three or four in the morning' track. Most of these tracks on the album were done through the night. Once I'd got into a groove and pushed through about two or three tiredness thresholds, I'd get into this very lucid state. It's very well known amongst creatives and artists. Some people might take all kinds of stuff to get into that zone, but the simplest one is sleep deprivation. If you want to get into a really intuitive 'right brain' kind of artist's mode, just stay up all night. Half the stuff on the album was done as a result of that. I'm not joking."

"Have you ever witnessed a moon halo? It occurs when there are ice crystals in the air. It has to be a clear and cold night with a full moon. This track was made after seeing one in St. Agnes Head in Cornwall on New Year's Eve 1998. I'd taken my little Yamaha QY70 with me and did a live PA performance around a car, jamming this track. We were moonbathing! I created the soundtrack to moonbathing [laughs].

"This is a long track, too. The arrangement draws on my classical knowledge. I like a narrative across an album. Then each track has to have a logical beginning, middle and end."

"This gets a bit dangerous when you talk about this kind of stuff. If you're a techno geek you don't want to start talking about spirituality [laughs], but this track references those moments I've had when I've achieved an out of body experience through breathing techniques. I experimented with 'body hacks' - you can do some pretty mental stuff [laughs]. Look it up. You can fly through the cosmos.

"This track was me trying to recreate the next level out of body experiences I'd had. The tempo of it is perfect - it really feels right. It gives you that lift off into space. I don't know if you get that sensation from the track, but that's what it felt like to me."

"This track is all about the Big Chill festival. Lifetracks came out on the Big Chill label and the label owner, Pete Lawrence, did the sleeve notes. He was fond of the Global Communication album I did with Mark Pritchard - in fact, it inspired him to set up Big Chill and do music events. They were listening to our album in the Welsh Black Mountains and thought it would be great to get people together to listen to this type of music.

"This track was written especially for that 1998 Larmer Tree Gardens event. If you listen, right at the end, you can hear footsteps walking down a path that I'd recorded there.

"It was nice to close the album on this track because it brings you back to earth and back to the roots. It's a nice closer. It's the last scene in the movie."