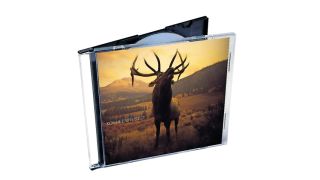 Markee Substance certainly had his fingers in a few drum 'n' bass pies back in the day in Bristol. In the mid '90s he had the Ruffneck Ting club night and label. Then the Breakbeat Culture label and shop on Park Street. As a player on the bubbling breakbeat scene, he was in a good position to see where it could go, musically.

Along with fellow DJ and producer, Darren Decoder, he started to explore fertile new ground in the studio. The pair were soaking up new influences from a range of genres that didn't slavishly adhere to a set template of style and tempo. And as a nifty guitarist and pianist, Markee was keen to bring more traditional band-based instruments into the mix.

"Me and Darren were doing drum 'n' bass stuff," says Markee, "but I just wanted to break out of that format of doing music at that fixed drum 'n' bass bpm.

Listening back to Kosheen's debut, Resist, what hits you first is that this act owed as much to trip-hop and rock as the drum 'n' bass stylings casual fans might have known them for.

"I'd always written stuff on guitar," says Markee. "And our house in Bristol at the time had an old piano in it, so I was writing material on that as well." The missing piece of the puzzle was Welsh songstress Sian Evans, who Markee was transfixed by after hearing her powerful tones buried in a track a friend had played him.

"We knew we had something with the music, but we needed to recruit a vocalist. Then a friend played his demo tape of a girl he'd recorded called Sian Evans. He'd not recorded her right, and she was drowned in reverb, but I really liked that voice, so I got her number and phoned her up; and basically poached her," he laughs.

"She was the ideal girl for the job. Her voice was amazing and she instantly got what we were trying to do."

Not that everyone did. Some musical genres can be notoriously narrow-minded and fear change, but it takes the brave few to go out on a limb and champion new directions.

"I vividly remember making some new stuff at that time," says Markee, "and the girl I was living with at the time, DJ Dazee, came into my bedroom studio when we were working on this new track called Get It Right- a real jazzy, downtempo, breakbeaty thing, quite beautiful - and went, 'Huh. Who's gonna play that?' It was like, we know. We're not trying to get Grooverider to play this out, you know what I mean? We were exploring new ground."

Markee Substance takes us through the album Resist, track by track

"We took a sample from one of the old Time+Space CDs. I used to review sample CDs for Knowledge magazine. I'd get them sent in and rip the good bits.

"I think it was a filtered string sample that I put into the Akai S3000 and looped up to create a longer version. It had a sweep down that I looped up in the middle and added a high-pass filter to at the end, so it comes up and down. Then I took Sian's 'demonstrate' vocal line and looped it."

"I was running the Ruffneck Ting night in Bristol, so had connections to the DJ booking agencies, so this track got into the hands of Fabio, who cut his own dubplate of it to play out. If he was doing that, you knew it was good! The key sound on this track came from our E-MU Proteus 2000 synth. It was like a bass string sound. It's not something you'd expect to hear, but I played a chord with it and felt I was on to something."

"This started life a lot differently. It had the same chords and everything, but lacked any energy, so we went back in and reworked it until it turned into this Electro version we have now with the 808 drums.

"Sian is really good at reacting on the groove. She'd be given the track and she'd sing on top of it, picking up the vibe of the track. She's good at sensing the flavour of the track and reflecting it back in the lyrics, like here."

"This has one of Darren's arpeggiated basslines. It has a real synthy vibe. We were really pushing the boundaries. When we decided that we wanted to pursue more of a band-based direction, it just opened a lot more doors to the kind of instruments we could use.

"There's a bit of guitar in there too but running through a wah-wah pedal to give it a gatey effect. It was fun to turn a guitar into something that didn't sound like a guitar. It was a creative time."

"I started off by playing some chords on the piano. Then I added a breakbeat from a breakbeat record, and some strings from a Roland XP-80.

"To give it a bigger energy in the chorus, we added an Amen break. Those drums were huge in drum 'n' bass at the time. It works with everything, that break. We chopped it up and layered it right up.

"This was us exploring different tempos. Harder is like a half-time drum 'n' bass track."

"I was using [some plugins] at the time called Pluggo [by Cycling '74]. They were cheap and cheerful and random. They've brought them back out now. I used it on the Suicide riff - that's me on the XP, playing with the filter, then at the end I got that wobble effect with the Pluggo. Darren had the drums for this going and he had this little bongo riff rolling through it. I remember saying to him they sound like 'future drums', at that time."

"I wrote this guitar melody that started with an E and then descended from a G. We mashed that up and filtered it, then added the strings from the XP to give it an ethereal sound.

"The desk we were using at the time had a mono switch. I don't know what happened, but one day he'd left it on and it made the drums really pump. It was only afterwards that we realised - 'Fuck! It's all in mono', but it really gave it a sound."

I Want It All

"This was written on the acoustic guitar. I would sit around and write songs on it. This track sounds the most like an actual band. It has bridges, a pre-chorus build, then chorus chords and then a post-chorus section.

"The bass and strings are from the XP-80 again. Then it has this kind of almost Reese bass sound to it as well. Then it was just a case of adding some sampled melodies into the Akai, and finding the right drums for this speed of a track."

"We were living in the house with a piano, but it had a massive crack in the back. We got a guy in to tune it, but he couldn't get it right, so it was a bit out of tune in general.

"The piano riff on this tune was from this out-of-tune piano. The house was rented in Bristol. So somewhere in Bristol someone is renting the house with the piano still in it. We should get a plaque on the building [laughs]."

"This was one of Sian's ones. She did have a few songs ready when we first met her. She played us a few and we really liked this. It was very simple in the chords. It's a bit more cheery than the others, with a breakbeat vibe to it. It was quite electric. I had one of those POD 2.0 plug-ins that came out. That little slide guitar sound on here comes from that. The setting was called Delay/Swell. It gave it a sound I really liked - this ghostie sound."

Face In The Crowd

"We used to pick Sian up and take her to the studio to do vocals. We'd have stuff laid down, then she'd add stuff, and then we'd drop her off again, and then me and Darren would work on the mix. By the time she came back down the next day, we'd have butchered her vocals. She might get miffed at that at the start, but by the time we'd showed her what we wanted to achieve, she really got into that way of working."

"I found the old DAT of this the other day. It still sounds the same to the version we play out now. This was a grimey one. We got Sian in and she vibed on it again and it came out really well. I came up with the little guitar riff. I remember when writing it that I needed to make it simple, as I'd have to end up playing it live [laughs]. There were three notes. I couldn't mess that up, could I?"

"To give it a bigger energy in the chorus, we added an Amen break. Those drums were huge in drum 'n' bass at the time. It works with everything, that break."

"This is proto-dubstep, in a way - that half-tempo dub. It's also a bit of a soul track with Sian's vocals. After she laid those down, we knew we needed the track to have some impact, so we added the dub. If we'd made it all strings and soft melodies, it would have lost something and not had the edge. Once we hit that with the drums, it just set it off.

"We started this with the real strong drum break. It had a great snare. Darren wrote the bassline."

"This is one of my favourite tracks off the album. It has a big drum break off an old breakbeat record [mimes the break]. I couldn't tell you what the break is. We'd go through these old drum break records and just take what we needed, sample them in and chop them into loops, so they'd be there when we needed them.

"I was the guy that spent all the time digging for records and samples. They used to call me The Hunter."

"This is probably the closest we came to being Portishead, in a way. It had a lot of jazz samples in it, too. I think we sampled up some Miles Davis in there, with the little jazz chord hits. Back then, we'd do the whole track before we gave it to Sian. All the arrangements were ready for her to vibe off. We'd be like, 'This is the verse, this is the chorus'. She nailed it again. She totally sat well with the music on this one."

"With these tracks, the drums were always important. We used to have them sitting in the Akai, ready, so we wouldn't need to spend time searching for breaks. We used ReCycle a lot then, so we had that linked to the computer via those old SCSI cables into the back of the Akai. Then we'd fling it back to the computer, ReCycle it, chop it up and put it back into the Akai to have the individual drum hits. It was a creative way to work."