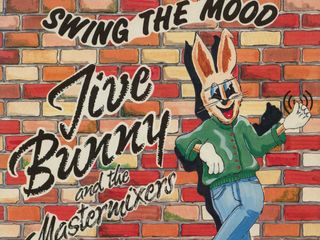 Jive Bunny: coming soon to an office party near you.

I'm sure I wasn't alone in assuming that Jive Bunny, the risible remixing rabbit who terrorised the UK charts in the 1980s, had been struck down by a form of musical myxomatosis some years ago.

However, it turns out that he was just biding time in his burrow, waiting to return. Jive Bunny's Summer Party 2008 will be available from Monday, and is sure to annoy the hell out of a new generation of music lovers.

For the benefit of those who missed out on them first time around, I should explain that Jive Bunny and the Mastermixers' shtick was to take samples from loads of different songs and blend them into one not-so-beautiful whole (they were, perhaps, the godfathers of the megamix). A father and son duo from Yorkshire, they were enormously successful - only the third band in history to go to number one with their first three single releases, in fact - but also massively hated.

I have to say, though, that I think it might be time for their legacy to be reappraised. More recently, the likes of 2 Many DJs have been feted for their ability to sample a massive number of records in a single track, and the mash-up has become a credible musical form.

Could it be that, rather than simply being irritable, the Jive Bunny boys were actually hugely influential?

Scenesters will doubtless sneer when they hear about the new Jive Bunny release, but perhaps they should stop and think before they do so. It might just be that they owe those Yorkshire lads a debt of gratitude.