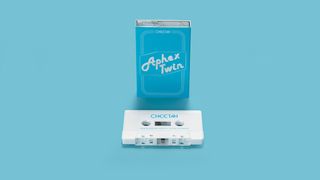 Are cassettes the new vinyl?

Earlier this week, we reported on Aphex Twin's curious pre-release flyer for this Cheetah EP, which sort of made out that it was going to be some kind of synth. Indeed, the text and specs corresponded to those of the Cheetah MS800, a little-known wave synth module from the '80s.

Having now received a further communication from Warp, Aphex Twin's record label, we can probably discount the idea that he's releasing anything other than new music, but we do have a tracklisting for the 7-track EP.

What's more, we know that it'll be available on 8 July as a digital download or on vinyl, CD and good old cassette tape. This follows Eminem's decision to re-issue his 1999 album The Slim Shady EP in the same format, and possibly demonstrates that its popularity, for whatever reason, is on the rise again.

You can find out more and pre-order the EP on the Cheetah EP website.

*CD, Cassette and Digital track only, included on download available with vinyl