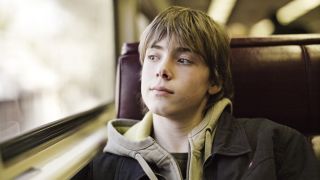 "Now, if someone could just invent an auto beat-making/arranging/mixing/mastering plugin I'd be all set..." (Image credit: Michael Prince/Corbis)

Just like normal people, producers have fantasies. But while a regular person's crazy dream might involve meeting a potential romantic partner they have the slightest thing in common with, or having a job that doesn't reduce them to tears on a daily basis, producers are much more likely to fantasise about plugin instruments and effects that would make creating music a less dreary, soul-crushing task.

So, to inspire developers to get coding, here are our top five non-existent plugins that would have us excitedly waving wads of cash at our computer screens. Here's hoping they become a reality before too long!

Here at MusicRadar we're big fans of dance music, but the sad truth is that practically everyone we end up working with is either a drug-addicted hippie, a criminal, or both.

Collaborations with these types quickly dissolve into a horrific kaleidoscope of unanswered texts, missing audio files, and accidentally deleted projects: just the sort of thing to drive your average mild-mannered, OCPD producer to distraction. If only there was a way to avoid this sort of unpleasantness?

Enter The Collaborator. No, it's not an instrument that synthesises garage MCing (getting the accent right is an art in itself), rather an insert effect that sits on the empty channel where the vocals are supposed to be.

The straightforward interface is easy to use - simply click the large button labelled 'FFS' at the centre of the interface, and The Collaborator automatically sends an SMS, BBM or iMessage to the errant artist urging them to proceed with haste.

These start out innocuous ("I can't wait to get this vocal!"), gradually become more plaintive ("I know you're busy but I don't want to lose the momentum on this project") then quickly descend into despair ("At this point I'm almost certain you've spent the recording budget on a refurbished PS4").

Naturally, none of these communiques will elicit anything at all, making them just as effective as if you'd written them yourself.

The only problem with singers is that they can't sing. Sure, Auto-Tune and Melodyne can do a great job of correcting pitch and timing errors, but if you want natural-sounding results you've got to put a significant amount of time into tweaking things to perfection.

Depending on the idiosyncrasies of the vocal you're dealing with, this can take hours, but why should it? Surely if your vocalist can't be bothered singing it right in the first place, you shouldn't have to spend the best part of a day knocking the hideous waveforms that they've created into shape?

What we need is an automatic Auto-Tune, a plugin that will spend 12 hours straight tuning up a vocal, freeing you up to scour Facebook for the rarest, dankest of memes which can be shared for magnitudes more likes than your music would get anyway.

Once you're done examining images of what Kylo Ren would look like reimagined as a sexy female cat you can return to your DAW, only to discover that Auto-Auto-Tune has listened to the take one too many times and now has no idea what music should sound like any more - just like the real thing!

Like the pair of overpriced sunglasses on a douche, airhorn sounds are the icing on the cake of any half-decent pump-up jam. Their message to the listener is essentially "you need to get turnt brah, so finish dabbing and sink those shots!", and they communicate this more elegantly than even the most intense riser or ear-piercing white noise sweep. But what happens when you can't locate your copy of Reggaetone Air Horn.wav?

Well, you're screwed, unless you're lucky enough to be the proud owner of Physically Modelled Pneumatic Waveguide, the world's most sophisticated and indeed trillest airhorn emulation. Load the effect onto a track in your DAW and its intuitive, no-button interface will display inspirational images of ripped torsos, premium alcoholic beverages and young women as it plays Reggaetone Air Horn.wav repeatedly at random intervals.

Physically Modelled Pneumatic Waveguide's output is automatically set to +36dB to give you the clipping that gets people stripping, so put it on individual tracks, busses, masters and sends for that authentically ignant sound.

It would be foolish to try and argue that we live in a post-racial society, but the fact is all white men born after 1975 idolise Dr. Dre and Ice Cube. Of course, making convincing sounding gangsta rap, grime or dancehall is tricky when you live in a sleepy village and your name is Andrew, but thankfully The Urbanizer is ready and waiting to turn your lacklustre though decently-enunciated delivery into the street smart drawl of a hustler who was born and bred in the hood.

As well as making you sound like someone who has had experience of street life (and all that that entails), it'll also replace incongruous references in your lyrics - eg, switching 'debit card' to 'gat', 'Co-op' to 'Magic City' and so forth.

A fun feature is the 'invert' mode, which reverses the process, turning Snoop Dogg records into detailed accounts of his interest in mountain biking and craft ales.

Sure, there are tons of virtual drummer plugins on the market, but they all have one problem: they sound like actual drums.

Cast your ears back to the golden age of funk and take a listen to those beats again: none of those classic breaks actually sounds anything like it was played on a real-life drumkit. We're not sure what those guys were on back in those days - though we've got a fair idea - but the beats they produced were on another level.

Soundware developers have made various attempts to create new vintage-style breaks, and while some of them are rather good, nothing quite captures the feel of the classics. Our ultimate fantasy plugin would be an instrument hat emulates the drummers, kits, studios and most importantly, the amazing '70s drugs responsible for making those incredible beats happen.