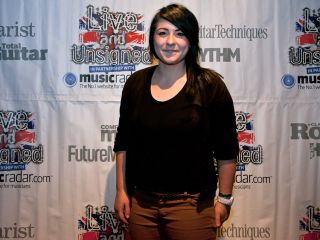 PRESS RELEASE: This year's summer festival season features the alumni of Live and Unsigned, with previous acts bagging festival slots from all over the country.

Winners of the competition alongside runners-up and guest performers have found themselves spaces on line-ups of a number of music festivals including Bestival, Strawberry Fields and Sundown Festival, playing along the likes of Stevie Wonder, Dizzee Rascal and The XX.

Folk-pop artist, resident guest performer and 2011 runner-up Lucy Spraggan has achieved a range of festival slots this summer, after her performance at 2011's Sheffield Regional Final inspired promoters of Danson and Strawberry Fields Festival to give her slot at the Leicestershire and Bexley events. Other festivals that have been confirmed for her throughout the summer include Beatherder, Folk on the Water, Glade, L Fest, Osfest, Y-Not and Whaley Water Weekend.

Nineteen year-old artist Charley Macaulay will be showing how far she has come since her 2009 Live and Unsigned Under-18 category win by bringing her brand of soulful pop to Bestival this September, which this year is headlined by Stevie Wonder, and in previous years has been headlined by acts including Amy Winehouse, Beastie Boys and The Cure. 2011 Alternative Category Winners The Robbie Boyd Band has also been announced for Just So Festival. Among all this 2009 Live & Unsigned winner Danny Shah is lined-up to play Glass Butter Beach festival.

Live and Unsigned partners Cockermouth Rock Festival, or 'CockRock 2012' headlined this year by Tinchy Stryder and Fun Lovin' Criminals, will feature three acts from Live and Unsigned this year, including 2010 victors The Lottery Winners, 2011 finalists Top Boy Round Here and guest performers The Dub Pistols all being set to play as part of the main line-up.

As part of the Live and Unsigned Winners Festival Tour, the Live and Unsigned 2012 champion will get the opportunity to play 14 festival slots to play throughout 2012. So far the tour consists of: Cockermouth Rock Festival on the weekend of 20th-22nd July, Stockton Weekender on the 3rd-5th August, the following weekend the winners will be playing Relentless Energy Drink Boardmasters, Cloud 9 Festival, Strawberry Fields Festival, and Edinburgh Fringe Festival. Just So Festival will be next up, before the first weekend of September when the winner plays Glass Butter Beach on Friday 31st August, then Brownstock Festival on Saturday 1st September and Bingley Music Live on Sunday 2nd September!