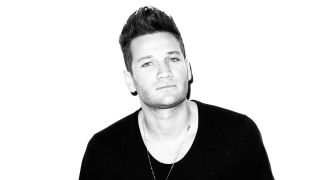 Signed to Universal Records at the age of 21 and scoring a massive hit as one half of Bodyrockers with single I Like The Way in 2005, Kaz James achieved success from a young age.

He’s gone on to produce for Hollywood movies and to tour the world as a DJ, while 2018 has seen him release on Dennis Ferrer’s Objektivity and several other labels, too. His latest track, Twisted, is out now on Saved Records.

Kaz, then, is someone whose advice is well worth listening to, so let’s find out what he had to say when we asked him to disclose the five things he’s learned about music production.

“I think as a producer it’s a never-ending learning curve; every day is a school day. To develop it’s super-important to work with as many different artists as possible. Everyone has their own workflow and way of writing a record, and I’ve learned so much from being in the studio with various songwriters and producers from all different styles of music and walks of life.

“Even though I am mainly electronic-focused these days, I still really enjoy writing with people who have nothing to do with my world. It’s always the people you never expect that blow your mind, and it’s a great away to keep evolving as an artist, producer or songwriter.”

2. Build your sound and sample library

“Everyone says this, but to develop a production style and musical direction I’ve found this is the most important part of being in the studio.

“Once I’ve built the basics of a track, I will start to add frequencies and tones to fill the record out, giving it body and warmth. I spend a lot of time finding cool sounds; whether it’s a fresh-sounding crash or just a random sample that I can develop, it really gives your productions an edge, especially when it comes to mixing, as you can pull these frequencies out.

“Analogue gear is always an option and fun, but I like to use samples and I find VSTs better for flow. Sample packs are, too, as long as you work on the samples and don't just drop them in. Your sample library is incredibly important - that one sound can make the difference between a record hitting or flopping.”

“I try to get as many ears around my records as possible; you never know where great ideas can come from, even if it’s just on arrangements. Make sure you trust the taste of the people you’re playing your music to, and don’t get thrown off by negative comments, as these just give you a different perspective. Some people’s ideas are amazing, and some suck. The biggest records I’ve had are the ones people didn’t really like to begin with, so trust your ears as well.

“To be honest, the best opinion comes from the dancefloor - you'll immediately know what needs to be changed on a record the second you play it in a club.”

“This is arguably the most important part of production. You can have the best groove and sounds sitting in the studio, but the mix down gets everything sitting in the right frequency and place in the record.

“I like to mix down my records with a mix engineer. I feel it helps to get someone else working on the record - it really brings a different angle and perspective to my vision of the track. I always advise that you mix with someone that focuses on the style you work within. There are some super-talented engineers out there that can really mix down records and get them to an amazing level sonically, but you have to always be in the studio and part of the mixing process. Pulling out the wrong frequency of a small sound can totally change the dynamic of a record.”

“I’m going to keep this one short and sweet. Careers are up and down. Nobody’s career constantly goes up; there are always highs and lows, especially in music. That’s what a career is. Enjoy every moment, have fun, never take yourself too seriously and, most importantly of all, be nice to everyone you meet, because you never know when you're going to need someone to help you out of a low point.”