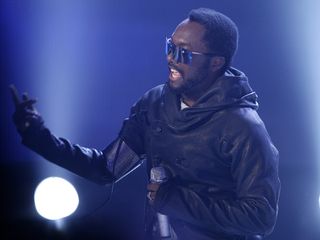 "I don't think that should ever come out," the musician, producer and songwriter told the Associated Press this week. "How you gonna release Michael Jackson when Michael Jackson ain't here to bless it? That's bad. Freaking parasites!"

Will.i.am, who first worked with Jackson on 2008's reissue of Thriller, producing remixes of The Girl Is Mine, Beat It and Pretty Young Thing, and who was one of the producers involved with recording Jackson's intended 'comeback' album, said that the late singer was a perfectionist who oversaw every aspect of his music. "Now that he is not part of the process, what are they doing? Why would you put a record out like that? Because he was a friend of mine, I just think that's disrespectful."

On the subject of the vast sum of royalties he could earn from having his work on a posthumous Jackson album, wil.i.am said, "So what? How much can you suck from [Michael's] energy? What's wrong with what he already contributed to the world?"

The November album is said to be the first in a 10-album, seven-year deal the Jackson estate negotiated with Sony BMG in March 2010.