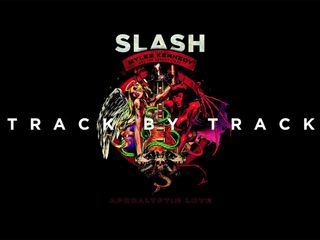 In the run-up to the physical release of Slash's second solo album, Apocalyptic Love, on 18 June MusicRadar will be running an exclusive four part track-by-track video series, in which the man himself talks through the record.

In this first instalment the guitarist explains the inspiration behind the album's title track and opener Apocalyptic Love (with a wry smile, we might add), plus One Last Thrill, Standing In The Sun, first single You're A Lie and No More Heroes.

Watch the video on the player above and head to the link below to pre-order a physical copy of the album.