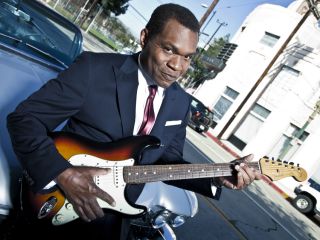 "Dirt under the fingernails" is how producer Kevin Shirley describes the vibe of the two weeks he spent at Revolver Studios in Los Angeles producing the upcoming Robert Cray album, Nothin But Love, due out 27 August.

The album features the soaring break-up blues of Won't Be Coming Home, the jazz chops of I'll Always Remember You, the soul-drenched ode to repossession that is Great Big Old House and the frantic '50s-flavoured rocker Side Dish.

Last year, at age 57, Cray became the youngest living artist to be inducted into the Blues Hall Of Fame.