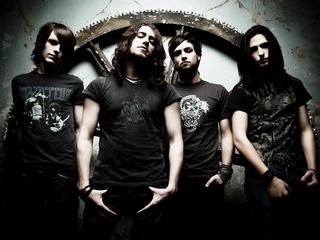 Roadrunner Records' Welsh metal upstarts Revoker are heading out around Europe with Anthrax, Fear Factory and Lamb Of God over the next week and to celebrate we've got the exclusive premiere of their new single Psychoville.

Check out the video above and if you like what you hear then you can head to this conspicuous Revoker iTunes link to get hold of their debut album, Revenge For The Ruthless. Meanwhile, the band's full European tour dates are listed below.