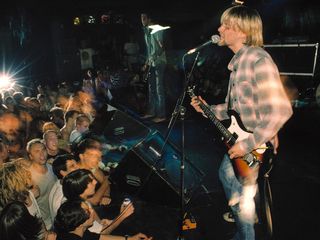 Nirvana live in Seattle, 1990, a year before Nevermind

As you might know by now, this week marks the 20th anniversary of the release of Nirvana's Nevermind. To commemorate this milestone, the LP will be reissued next week in Deluxe and Super Deluxe packages.

One of the items in the Super Deluxe set is a full DVD and CD of the band performing live at the Paramount Theatre in Seattle in 1991, the year Nevermind turned the music world on its ear. The above clip is from that concert. Check out Nirvana ripping their way through Territorial Pissings.