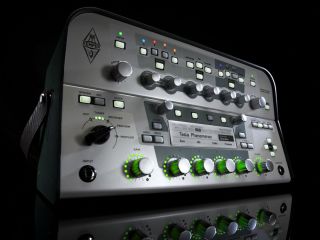 Hear the KPA in action and decide for yourself!

On its launch back at NAMM 2011, we must admit to a regarding the Kemper Profiling Amp with a degree of cynicism. However, after thorough studio testing we are very impressed with how accurately the KPA profiles analogue valve amplifiers.

Issue 354 of Guitarist magazine, on sale on 5 April, will feature an in-depth review and interview with Christoph Kemper, inventor of what might prove to be the product of the decade so far for recording guitarists.

Check out our hands-on video demo in which we create and A/B profiles from the Kemper with the 'real thing' in the shape of a Marshall JTM45, Two-Rock Jet and more.