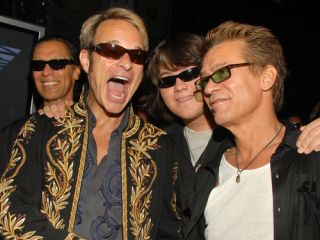 Van Halen's lead-off single from their upcoming new album, their first with David Lee Roth in 27 years, is said to be called Late Term and could be released next Tuesday, 23 August.

We should stress, however, that this could all be mere speculation, for while the information comes from a reputable news outlet, The Boston Herald, it is attributed to "a friend of a friend who is tight with someone in the Van Halen camp." In other words, it's hardly official.

Already this summer there was a false alarm of new Van Halen music when rumors swept the internet that an unnamed single was going to be released over the 4th of July weekend. Adding fuel to that fire was a simple yet cryptic message on David Lee Roth's official website that read, "Get Ready..."