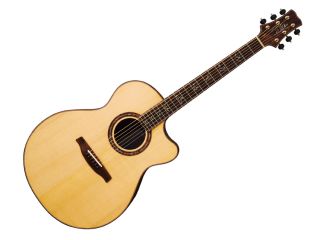 Launched at Winter NAMM 2009, PRS's Tonare Grand and Angelus acoustic models were amongst the highlights of the show, and have been warmly received by critics and players.

Demonstrating the new PRS acoustics at LIMS will be special guest guitarist Tony McManus, hailed (by none other than John Renbourn) as "the greatest Celtic guitarist in the world".

McManus's spell-binding technique and innate musicality have won him admiration from fans the world over, and LiMS represents a unique opportunity to witness his talent up close. Tony will be appearing on the Headline Music stand (H18) on both Saturday 13 June and Sunday 14 June.