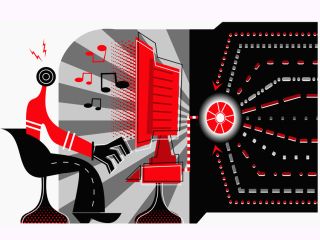 In a busy week in the debate over filesharing, the Featured Artists Coalition has produced a letter supporting a three-strike action against persistent filesharers.

If agreed by the music/ISP industry, it could result in slowing the internet connections of persistent filesharers.

Singer Lily Allen was initially critical of the FAC for suggesting it was pointless trying to sanctin persistent downloaders. Now, following the meeting of 24 September, the FAC produced a statement in which it expressed its support for Allen.

The latter has been vocal in her support for cutting the internet connections of those who share music illegally.

The statement, which will reportedly form the basis of a letter to Business Secretary Lord Mandelson, said, "We the undersigned wish to express our support for Lily Allen in her campaign to alert music lovers to the threat that illegal downloading presents to our industry and to condemn the vitriol that has been directed at her in recent days.

"Our meeting also voted overwhelmingly to support a three-strike sanction on those who persistently download illegal files, sanctions to consist of a warning letter, a stronger warning letter and a final sanction of the restriction of the infringer's bandwidth to a level which would render filesharing of media files impractical while leaving basic email and web access functional."

What do you think? And please vote in our confidential poll (in the column to the right).