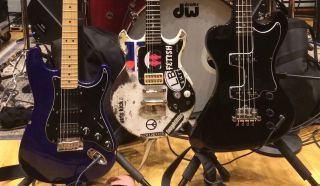 Are the surviving members of Nirvana preparing to perform with Joan Jett at their upcoming induction into the Rock And Roll Hall of Fame?

Nirvana will be inducted into the Rock And Roll Hall Of Fame - apparently minus original drummer Chad Channing - on Thursday. Until then, watch this space!