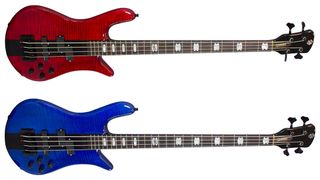 It's been 40 years since Stuart Spector first introduced his hand-crafted basses to the world - amassing an artist roster including Doug Wimbish, Alice In Chains' Mike Inez and the E Street Band's Garry Tallent along the way - and a new limited-edition model celebrates this anniversary.