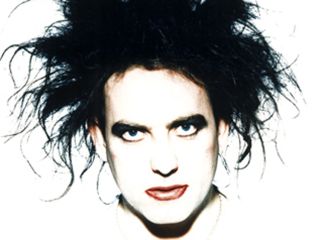 The Cure's Robert Smith: he'll set the price, thanks

The Cure's frontman Robert Smith says he "disagreed violently" with Radiohead allowing their fans to pay what they wanted for the band's last album, In Rainbows.

Users registered for Radiohead's website could pay what they wanted before downloading an MP3 version of In Rainbows. The album later went on sale in full CD / vinyl formats.

Smith and his Cure cohorts will receive the Godlike Genius award at The NME Awards on 26 February, but Smith is certainly not behind Radiohead's experimentation with new ways of selling music.

Smith said: "The Radiohead experiment of paying what you want - I disagreed violently with that.

"You can't allow other people to put a price on what you do, otherwise you don't consider what you do to have any value at all and that's nonsense.

"If I put a value on my music and no one's prepared to pay that, then more fool me, but the idea that the value is created by the consumer is an idiot plan, it can't work."

Despite Radiohead's risky strategy, In Rainbows went to Number 1 in the US and the UK when released physically on CD/vinyl in early 2008. The Cure's most recent album, 4:13 Dream, peaked at Number 16 in the US and 33 in the UK.

You can get an album of Cure-cover versions, by other artists, free with this week's NME, interestingly.

The Cure also performed their entire 4:13 album at a free gig in Rome, in October 2008. Watch here. For free.