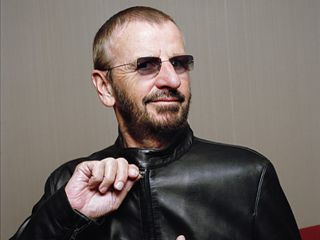 Ringo Starr may be celebrating his birthday today (7 July) but he won't be raising a glass to English Heritage. The British culture organisation has decided that the house where Starr was born - 9 Madryn Street, Liverpool - is insufficiently linked with The Beatles to be listed and thus saved from demolition. Starr's family moved from the house when he was four.

A petition was recently launched to save the house, which is in an area of mid-Victorian terraced building, but the whole row will now be demolished.

It's something of an indignity for Starr, born Richard Starkey in 1940. Sir Paul McCartney's childhood home was bought by the National Trust in 1997. John Lennon's home, where he lived with his aunt Mimi, was given to the trust by his widow Yoko Ono in 2002 after she had bought it. Both houses now attract thousands of visitors a year. George Harrison's childhood house, which is lived in by a family, is not under threat.

But even the home of Pete Best, Ringo's drumming predecessor who was kicked out of The Beatles in 1962, was listed by English Heritage in 2006. The conservation body says the building, once a Conservative Club before it was bought by Pete's mother, is significant because it became the Casbah Club where The Beatles made some of their earliest performances.

Starr misses "nothing" about Liverpool

It's been a tough year for Starr and his relationship with Liverpool. He sparked local anger in January 2008 when he told chat show host Jonathan Ross that he missed "nothing" about Liverpool even though he'd only a week before launched the city's Capital Of Culture celebrations. A local Liverpool councillor Mike Storey, executive member for regeneration, said: "It's hugely disappointing and sad. It's disappointing someone who came to lead Capital of Culture year should go away and be so negative about it."

Now the regeneration chief can get on with his job by overseeing the bulldozing of Ringo's house.

Asked by the Access Hollywood gossip website what he wanted for his birthday, Ringo recently said: "It would be really cool if everyone, everywhere, wherever they are, at noon on July 7 make the peace sign and say Peace And Love."

He might not get much luck in Liverpool, though…