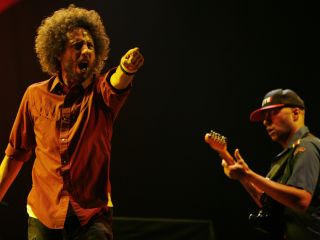 Rage Against The Machine will play their first concert in their hometown of Los Angeles in 10 years this Friday (23 July) at the Hollywood Palladium as part of their push for artists and musicians to boycott Arizona because of its new and restrictive immigration law.

Conor Oberst And The Mystic Valley Band will join Rage as a special guest.

Since then, other artists such as Norteno superstars Los Tigres del Norte, Colombian rock singer Juanes and Puerto Rican reggaeton duo Calle 13 have signed on.