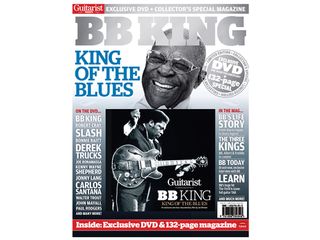 On 2 February our friends at Guitarist magazine are set to release an exclusive BB King documentary film, along with a special edition fanpack magazine.

The included magazine will be a beautiful retrospective of BB's life, telling his amazing story from sharecropping in the Mississippi Delta, to becoming an international blues legend. It will also include specialist technical sections on his guitars and gear, and playing lessons and techniques. A must-have for any blues fan and any guitar-playing blues enthusiast!