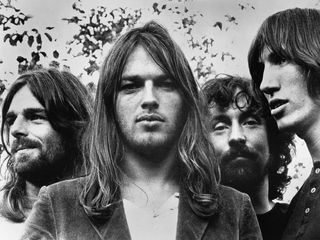 "Money, it's a gas..." And Pink Floyd can afford a lot of it (Image credit: Michael Ochs Archives/Corbis)

Pink Floyd have won their lawsuit over the matter of single-song downloads against EMI, which now puts an end to the digital sale of the group's individual tracks.

As reported by the BBC, under the terms of a 1999 contract that predated iTunes and other digital music retailers, the band mandated its songs could not be offered outside the context of their original albums. EMI argued that the agreement only referred to physical sales such as vinyl, cassette tapes and CDs. In the end, Britain's High Court sided with Floyd.

In his ruling, Judge Andrew Morritt stated that the contract's clause prohibiting the slicing and dicing of Pink Floyd albums protected "the artistic integrity of the albums."

We're guessing that Judge Morritt is a huge fan of A Saucerful Of Secrets and he simply can't fathom the idea of fans hearing Remember A Day without checking out the rest of the groovy disc.

Morrit ordered EMI to pay the band's legal fees (said to be $60,000) while the court determines an appropriate monetary payment of finds and damages.

Also to be decided is how much money Pink Floyd should receive in digital royalties, as the band's 1999 contract does not cover downloadable music. This could get even more interesting very shortly.