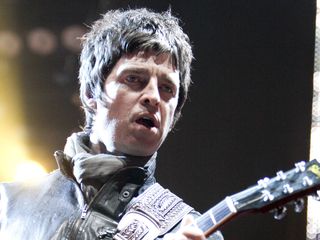 It's not 'Definitely Maybe' as Noel walks away from Oasis (Image credit: Simone Cecchetti/Corbis)

Noel Gallagher has announced he is quitting Oasis because he can no longer tolerate working with his frontman brother Liam.

Noel, who joined the group in 1991 when they were called The Rain and became their main songwriter and de facto leader, stated his decision on the Oasis website:

"It's with some sadness and great relief to tell you that I quit Oasis tonight," he wrote. "People will write and say what they like, but I simply could not go on working with Liam a day longer.

"Apologies to all the people who bought tickets for the shows in Paris, Konstanz and Milan," he added, referring to remaining dates on the band's tour.

Noel's decision to quit Oasis comes after a series of recent alternations with Liam that led to cancelled shows. Tonight the band was due to play the Rock en Seine festival in Paris, but a blowout between the brothers erupted before they took the stage.

According to reports, a festival spokesperson told the crowd that "Liam and Noel have had a fight backstage. The group no longer exists."

Since their earliest days in Oasis, the relationship between Noel and Liam has been a stormy one. Last year, when MusicRadar spoke to Noel, he described the situation thusly:

"At the moment, our relationship is what it is. It isn't bad, it isn't good, it isn't fucked up, it isn't anything. We're just in this band called Oasis, and it's a band we really like being in."

Not enough, apparently. MusicRadar will bring you more on this story as it develops.

Liam and Noel Gallagher during a rare moment of civility in 1997 Image: © Reuters/Corbis