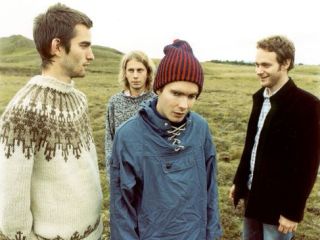 Sigur Rós have announced that they've been working on a new album in their native Iceland - in fact, they've revealed that it's almost finished.

A post on their official website features quotes from a recent newspaper interview in which band member Orri Páll Dýrason stated that "recordings have been going very well and that the album is taking form as a slower and more ambient record than með suð í eyrum við spilum endalaust and takk [its two predecessors]".

Many will be intrigued to discover how much slower and more ambient Sigur Rós can get (neither of the albums mentioned is particularly full-on) but Dýrason says that the new record is "melodic but much less noisy and more 'out there'".

There's no confirmed release date or name for the album, though it's currently anticipated that it will be released "sometime next year".