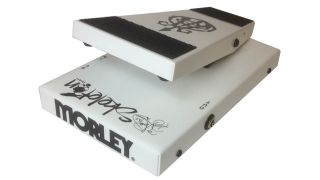 Morley's DJ Ashba Skeleton Wah is available now for $145, and the European M2 version is expected to land later this year. Head over to Morley Pedals for more.