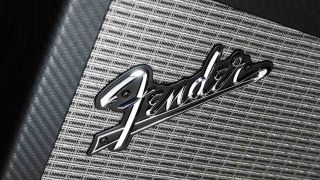 NAMM 2017: Fender made its first stride into the world of apps with Tune earlier this year, and stated it would be the first of many - now, it appears the apps will interact with a new Bluetooth-compatible amp in the new year.

In a recent interview with Bloomberg, Fender chief exec Andy Mooney let slip that the company's new amp will connect to apps wirelessly via Bluetooth, allowing players to alter and share tones.

Along with the amp, which will be available next year (NAMM, anyone?), Fender is also planning a practice-room app that can teach guitarists to play any song in their music library, as well as a tone app that enables an amp to emulate the sounds of famous guitarists.

The Big F's amp plans will put it in line with the likes of Line 6, Marshall and Hughes & Kettner, but those apps could be the real game-changer here, particularly if the amp integration is smoothly implemented.

Something else we learned in the interview is that Fender's best-selling guitar finish in spring was Metallic Blue, and the company is looking to collaborate with artists to create new styles - that's a far cry from its three most popular finishes, which were revealed in July.