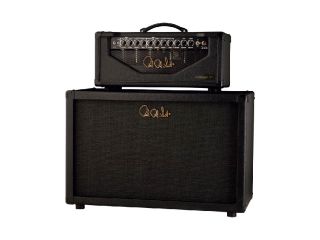 The unique lead channel offers powerful, smooth distortion with liquid sustain, while the clean channel has shimmering, clean highs and extensive headroom but can be overdriven at maximum settings. Both amps feature effects loops with adjustable send and return and are fixed bias.

"These amps are an exciting foray into newer design, tone, and feature territories. My love for single channel amps guided this project from start to finish as I wanted to avoid some of the inherent compromises associated with some switchers. I worked hard on allowing each channel to stand on its own short of building two separate amps in one box and kept it as simple and intuitive to use as possible. I personally find it very addictive and great fun to play," said Doug Sewell, PRS Amp Designer.

PRS 2 Channel "H" amplifiers have a more modern, "in your face" tone and feature proprietary "Heyboer" transformers. The "H's" two 6L6 power tubes produce a fast, articulate amplifier well suited for today's modern music where alternate tunings are a must. A combo version of the "H' is also available.