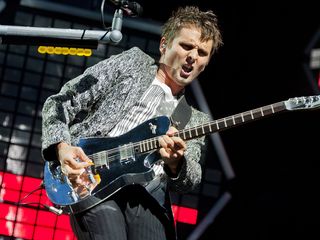 Last week, we got a full-song taste of the upcoming Muse album, The 2nd Law, with the high-octane dubstep track, Unsustainable.

Today, however, comes the first "official" single, Madness, which cools things down considerably. Over a hypnotic, wobbly bassline, guitarist Matthew Bellamy croons. It's a stark contrast to the positively unhinged electronic bonanza of Unsustainable, and a clear indication that The 2nd Law will be a varied affair.

"We are defined by the fact that we can't be defined by anybody," Bellamy told Rolling Stone recently.

The 2nd Law, the follow-up to Muse's 2009 album, The Resistance, will be issued 2 October.