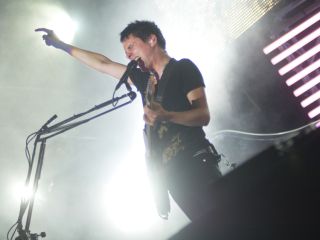 Muse have announced the details of the tracklisting for their forthcoming album The Resistance.

Due for release on 14 September, The Resistance will contain 11 tracks, including a three-part symphony entitled Exogenesis.

Muse have spent the past year recording the follow-up to 2006's Black Holes And Revelations in Milan and Lake Como in Italy. Mark 'Spike' Spent mixed the new album.

As revealed on Muse's Twitter page, here is the tracklisting for The Resistance:

So, just how 'symphonic' will Exogenesis (in all its parts) sound? We'll let you know soon enough.