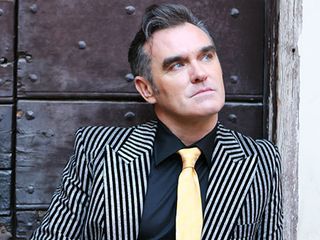 if you haven't made plans to see Morrissey on his upcoming tour, you may want to call your ticket broker. Turns out the singer is already thinking retirement.

During a recent interview, Morrissey said he considered the chances of him continuing his singing career past the age of 55 were "slim." (He will turn 50 this May.)

And the odds of the former Smiths frontman stepping into the spotlight as a 60 year old? "Incredibly slim," he said, before adding, "For Heaven's sake! Really?"

While the trees are full of musicians - rock and otherwise - flourishing well into their golden years, Morrissey feels that most do their best work in their youth.

The singer then let loose with a final statement bound to cause heated chatter: "It's very interesting that it's very hard to think of anybody who ages and still manages to mean anything."

Well, OK then. In the short time he has remaining on the relevance scale, Morrissey's has put out a new album called Years Of Refusal. The first single is I'm Throwing Myself Around Paris, which you can check out below.