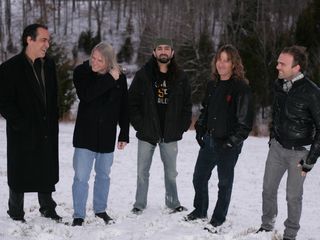 Keeping up with Mike Portnoy's impressive list of musical projects can be rather daunting - he'll soon launch Adrenaline Mob, whose debut album hits 13 March - and on top of it all, you can now figure in Flying Colors, a supergroup of sorts, who will issue their first-ever disc on 26 March.

This album has bits and pieces of what you'd expect from each of us," said Portnoy. "The sum of all its parts led to brand new, unchartered territory for everyone involved."

Speaking of "everyone involved," Steve Morse had raves for singer Casey McPherson: "Casey was a glorious find, because he could make anything sound fantastic, and is a multi-talent like the others."

Keep it locked on MusicRadar, as we'll feature more on Flying Colors soon.