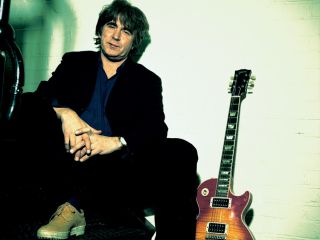 Mick Taylor: one of the best, and most underrated electric blues guitarists of all time

The International Guitar Foundation has announced details of a concert that will have blues fans drooling with anticipation.

Mick Taylor was guitarist with John Mayall's Bluesbreakers and an acclaimed artist in his own right, but is probably best known for his work with The Rolling Stones in their seminal early 1970s period. Witness a slice of frazzled genius circa 1972 in this YouTube video.

Mitch Mitchell arguably reinvented rock drumming with the Jimi Hendrix Experience, while vocalist Terry Reid - nicknamed ‘Superlungs´ - was a cult figure in the 1960s and early 70´s and turned down Led Zeppelin and Deep Purple.

Colin Allen has been drummer with the Bluesbreakers, Stone the Crows, Bob Dylan and blues greats like John Lee Hooker. On the 40th anniversary of the Bluesbreakers' first US tour this concert celebrates over 40 years of British blues and rock innovation.

The Blues Summit set list is set to include a mouth-watering line-up of material including Jimi Hendrix Experience, Rolling Stones, Bob Dylan and Bluesbreakers songs alongside blues standards.