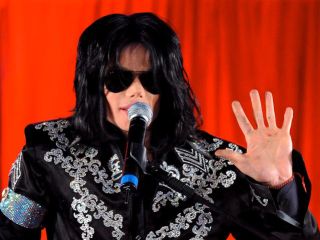 Michael Jackson announced the This Is It residency in London. (Image credit: STR/epa/Corbis)

Michael Jackson's fans will have just fourteen days in which to watch the movie that documents his rehearsals for the never-seen This Is It residency at London's O2 Arena.

Sony has announced that the film, to be called Michael Jackson This Is It, will open worldwide on Wednesday 28 October (two days earlier than originally planned) and show for the following fortnight.

It's also been revealed that the movie will be directed by Kenny Ortega, who'd been working with Jackson on the This Is It shows prior to his death.

"It's a very private, exclusive look into a creative genius's world."

Kenny Ortega on Michael Jackson This Is It

"This film is Michael's gift to his fans," says Ortega. "As we began assembling the footage for the motion picture we realized we captured something extraordinary, unique and very special.

"It's a very private, exclusive look into a creative genius's world. For the first time ever, fans will see Michael as they have never seen him before - this great artist at work.

"It is raw, emotional, moving and powerful footage that captures his interactions with the This Is It collaborators that he had personally assembled for this once in a lifetime project."

As previously reported, the film will be based on more than 100 hours of rehearsal and behind-the-scenes footage and show Jackson working on performances of several songs. Tickets will go on sale on Sunday 27 September.