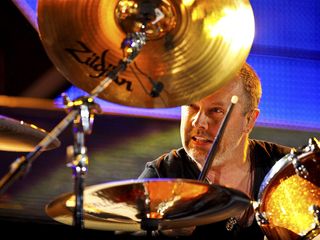 Well, we liked it. As for others... not so much. Last year's collaboration between Metallica and Lou Reed, Lulu, was controversial, to say the least, and the other day Lars Ulrich addressed the criticism during an interview with a Washington, DC radio station.

"Obviously, it's fantastic in 2012 that the Internet gives everybody access to voicing their opinions, and I think it's an incredible medium to communicate and to bring the world closer," he said.

"But obviously, as an artist, or somebody who is creating something, you've gotta be careful how deep you dive into what everybody's talking about, because it could really screw with your mind. I've always been in a place where I'm pretty thick-skinned, so it doesn't bug me that much."

The drummer added that the negative reaction to Lulu "was difficult for Lou Reed because he takes everything very personally. And I think he was very surprised. We told him all along, 'Listen, there are some very, very, very hardcore metal fans out there that like everything pre-packaged in a particular little box that looks like this, and the minute that you slightly veer outside of that, then they have a hernia.' And that's fine - I'm fine with that."