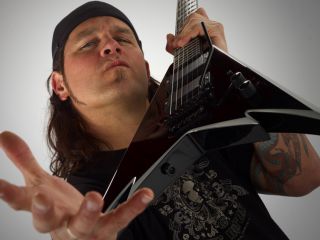 The guitarist, who suffers from rare heart condition cardiogenic syncope, also collapsed during a gig at the Sheffield Arena last year.

Bassist Adam Duce told the audience at Sonisphere: "I don't know how many of you people know about the history of Machine Head, but it looks like Phil has just collapsed on stage. He's done this a few times before. I'm very sorry about this. We are not going to be able to continue here tonight.

"I'm sure you will understand the severity of the situation. We're going to go take care of him right now and I wanna thank everyone for coming out and supporting Sonisphere and supporting Machine Head".

Demmel also issued an apology shortly after the show, saying: "I feel I short-changed the fans and really want to make it up for them. Thanks for all the concern".

MusicRadar wishes him a speedy recovery.