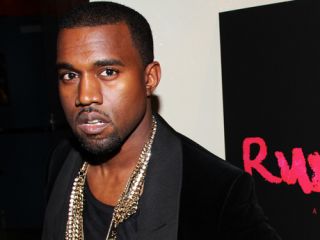 The Beatles or The Stones? Kanye West has made his choice. It's...Coldplay! © Walik Goshorn ./Retna Ltd./Corbis

According to the always understated West, "America has, and probably always will, dominate music across the globe, but it's always been the British who pull out that very special band.

"We have had amazing bands like Nirvana and Guns N' Roses, but it's the British who have had the cream with The Beatles and The Rolling Stones setting the standard. I love Coldplay, and I honestly think they are on the same level as The Beatles.

"In 30 years, when Coldplay are old men, people will look back and say, 'These guys were more talented than The Beatles.' I have worked with Chris Martin, and the man is a genius. As a performer and a songwriter, he is on the same level as John Lennon.

"I am not saying this sort of shit lightly," he continued. "It's really how talented the guy is. And Coldplay can go down as the best ever - even bigger than The Beatles."

Not one to stop when he's on a role, West, who did work with Martin on the 2008 track Homecoming, said that he'd like to hunker down with all of Coldplay because their collaboration could result in "one of the greatest albums ever."