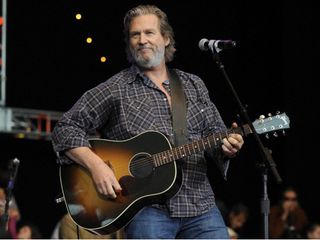 Bridges, who recently played a country music star in the film Crazy Heart, has signed a deal with Blue Note Records. The record will feature some Bridges-penned compositions as well as covers of songs by Tom Waits, Bo Ramsey, Greg Brown, Stephen Bruton and John Goodwin.

Bridges will work with his long time friend T-Bone Burnett on the project. The album will also feature a guest appearance from Roseanne Cash, the daughter of Johnny Cash.

"The music is a big force in me now," Bridges said in December. "I'm going on 61-years-old now and I've been playing since I was a teenager, and now for some reason all the stars are aligned and it's just coming out. That's my big dream."