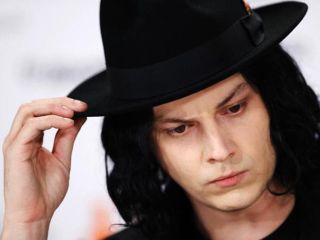 The White Stripes/Racounteurs/Dead Weather mainman Jack White is to make archive recordings available via a new website. Though on the whole, White doesn't seem enamoured with the effect of the internet on the music business.

Asked by the BBC on what he thought of the dominance of the internet on the music industry, White said:

"It's taken a lot of the romance out of the experiences of music.

"This is what we're trying to manipulate to the advantage of the fan/listener and the artist as well, to find ways to have beautiful experiences that have a longer lasting impact.

"Sometimes things you have complete easy access to, like a reality show, or an online purchase at the click of a mouse, can become forgetable and invisible."

That said, White admits he's "trying to find those bridges between the tangible worlds and the cyber/digital worlds."

White adds: "A quick look at sales figures for albums will show anyone with a brain that there's no doubt the world has collectively decided that there is nothing wrong with taking music for free and feeling no moral conundrum about it.

"Oh well, that's the individual's personal battle to think about really. People say, 'Bad for the artist, great for the fan,' but that's not necessarily true I don't think."

Which is all very well, but White's Third Man Records label has just launched something called The Vault - a digital, online music subscription service.

For $7 a month, subscribers get first dibs on gig tickets; exclusive streaming video content from Third Man artists (including the White Stripes, the Raconteurs and The Dead Weather); access to chat rooms, pay-per-view live gigs, and "exclusive writings and messages" from the artists.

For $20 a month, Third Man will throw in exclusive physical goodies - a vinyl album, single and a t-shirt every three months - which won't be available anywhere else. Fans can also register their Twitter accounts on The Vault to be notified when new content is available.

"The White Stripes alone have incredible amounts of footage and recordings of shows from the last decade," says White.

"We had been working for years on trying to find a more interesting solution to the modern fan's desire to enjoy and participate in music.

"Many of the cutting edge conventional modes didn't seem that interesting to me.

"So it took us a minute to get the structure of something we thought was involving to both the fans and the artists."