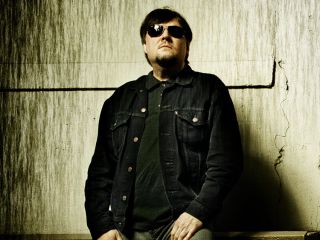 "As long as I don't think about it, I'm OK," Iggy Pop told a couple of Detroit radio hosts today, discussing Stooges guitarist Ron Asheton, who was found dead last week. "And then when I think about it, I'm not OK...He had a beautiful touch as a musician."

In his first interview since Asheton's death, Pop said that Asheton's guitar playing was vastly underrated, but those who got it were greatly affected.

"He developed such a unique sound and approach to his instrument and writing that I don't think that everybody got it at first, but over the years other generations caught on. I think a lot of good musicians were influenced by what Ron pioneered."

Asked by show hosts Deminski & Doyle what bands were most influenced by Asheton, Pop said, "The most obvious would be Sonic Youth…bands that use dissonance and overdrive. I hear a little bit in Smashing Pumpkins…also in Nirvana."

Pop said he received the news of Asheton's death when he got a cell phone message from the UK manager of The Stooges. "He just said, 'Call me, I really need to talk to you.' From the tone of his voice I knew something really big was up."

You can hear the entire Iggy Pop interview with Deminski & Doyle here. From Rolling Stone.