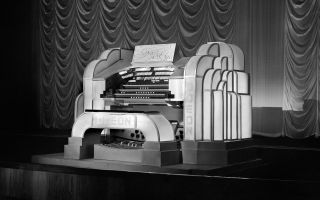 Musicians and artists may not dream of making it big by providing background music - but when any film, TV studio or production company wants to use a composition, they need to pay the artist for the synchronisation license.

This practice of Sync Licensing remains one of the most exciting revenue opportunities in the music industry. For budding artists, it's a great chance to get extra exposure, and in some cases, it can pay off in huge record sales.

Back in 1997, a 15-year-old album by a previously obscure German techno band received a rush re-release in order to meet a sudden surge of demand. Why was the public suddenly clamouring for a recording that had been totally off the radar for a decade and a half? The simple reason is that the song Da Da Da by Trio had been used in a Volkswagen commercial.

There are many things an artist can do to have a chance of successfully making money from Sync Licensing. At TuneCore, we work with music supervisors and songwriters every day to place songs in films, TV shows and adverts, and the tips below should help you on your way to getting your music recognised, and might even make you some money!

Create a cappella and instrumental versions of your songs

While music is sometimes at the forefront of a scene (think Crystal Blue Persuasion in Breaking Bad or Stuck in the Middle with You in Reservoir Dogs), it's usually secondary to other audio such as dialogue.

Over half of the license requests received by our creative team are for instrumentals. While the version that ultimately appears on screen may be the one with lyrics, the vocal-less version is frequently used throughout the editing process.

While negotiating with the music supervisor for the AMC/Netflix premiere episode of Breaking Bad prequel Better Call Saul, TuneCore songwriter Jasper Wijnands from the band Shook had his song Milestones selected over other options, largely because this alternate version was readily available.

As a songwriter, you may not want to censor yourself and sacrifice potentially explicit lyrics for something less risque - however, if adult-oriented content is stopping you from getting paid, it might be necessary to do so.

It's pretty safe to assume Glee would not have had Gwyneth Paltrow singing the original version of Cee Lo Green's hit. While the explicit version gave the single huge viral appeal, it's "Forget You" that will be paying Cee Lo's bills for years to come.

It's growing increasingly common for the music in TV shows, adverts and films to be considered more than just background - it is now part of the whole marketing mix. Shows like The X Factor are always quick to ensure that contestants who make it through to the final have established Twitter profiles, which they can use to engage fans.

A songwriter with a sizable, pre-established network has an immediate edge, beginning with the pitching process. The fact that artist and songwriter Alex Day has over a million followers on YouTube makes music supervisors much more likely to consider licensing his music.And if it's a choice between two songs by two different artists, it's this ready-made social audience that could be the deciding factor.

Don't jump at the offer before you know the facts

The promise of a quick paycheck may have you ready to sign on the first dotted line you're presented with, but that's an easy way to sell your craft short. In fact, it's advisable to get the assistance of a professional who knows the nuances of licensing and will make sure you get the best deal.

Sync licensing fees are based on multiple factors like length of the use, how the composition is being used (background or upfront), the format and the popularity of the production. There are no industry-wide standards for fees, and the range is a few hundred to hundreds of thousands of pounds. You're likely to get a much better deal if someone in the business handles your one-on-one negotiation.

Synchronisation licensing can be an incredibly lucrative revenue stream for a songwriter, and it's an opportunity we think every songwriter should be able to take advantage of. But finding and negotiating these deals is complicated and often involves several parties.

By taking into consideration the above tips you can make sure that you stand head and shoulders above the competition. Also consider whether it's worth partnering with someone who knows the ins and outs and helps to make sure your best interests are represented.