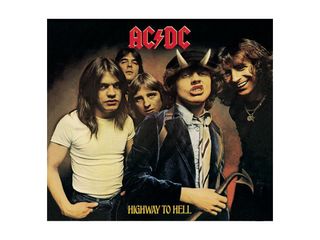 Bop till ya drop, and then some

In the band's home country of Australia, the mid-tempo rocker is showing up with stunning regularity at funerals, replacing traditional hymns and songs of faith. Also surprinsing is the increase inrequests for Led Zeppelin's Stairway To Heaven. Among popular recordings, My Way by Frank Sinatra and What A Wonderful World by Louis Armstrong still rank high at funerals.

"Some of the more unusual songs we hear actually work very well within the service because they represent the person's character," said an executive at Centennial Park, a cemetary and crematorium in the city of Adelaide.

But while tradition is changing, it's not lost entirely: The hymns Amazing Grace and Abide With Me are still along the Top 10 requested funeral songs. Shockingly, AC/DC's Shot Down In Flames is nowhere on the list. But we hear that Ballbreaker is creeping up there.