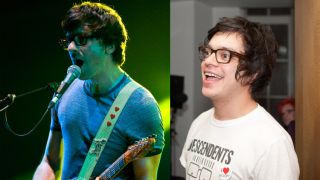 All bow down at the alter of Coxon (Image credit: Corbis)

"Graham Coxon. What I love about Graham Coxon is that it's meat and potatoes, but it's done better than anyone. He can just pick a melody on a guitar and let it soar.

"It's brilliantly played and it's technical in that it's spot on, but not too complex. I just love people that are confident in what they are doing. Like Tommy Emmanuel - at times he can be a bit cheesey and a bit show-offy, but other times, you're watching him and going 'Man, it sounds like there's four of you playing there'.

"And that's what it is for me about guitar. I just love people who want to try and find their own style or their own sound."