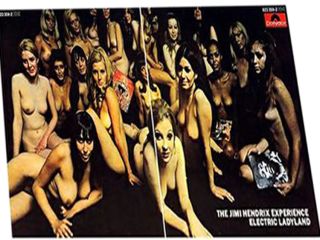 Demos for Electric Ladyland are to be auctioned

A quarter-inch tape of Jimi Hendrix acoustic demos is to be auction in April.

The 14 songs - of Jimi and a single acoustic guitar - are demos that Hendrix made in 1968 in advance of recording his third album, Electric Ladyland. A few tracks include an unknown second musician playing harmonica.

One of the tracks is a demo of the Bob Dylan song Tears Of Rage, which did not feature on Electric Ladyland. Instead, Hendrix covered Dylan's All Along The Watchtower.

"This tape shows his very sensitive, creative side," says Ted Owen, the CEO of rock memorabilia site Fame Bureau, which will auction the tapes. "The wild man of rock is not there at all."

A swap for milk and sugar

Hendrix himself gave the tape to his neighbour, Carl Niekirk, as a thank you for lending him some milk and sugar. Niekirk then gave the tape to his sister, who sold it for a nominal fee 10 years ago to Mark Sutherland and Paul Jackson, who run east London's Cafe Music Studios, reports The Independent.

After years of wrangling with Experience Hendrix, the company running the guitarist's estate, the tape is finally available to sell. Fame Bureau estimates it will fetch between £50,000 and £100,000.

The news comes days after Experience Hendrix's Janie Hendrix revealed they have "10 years" of unreleased Hendrix material in their vaults.