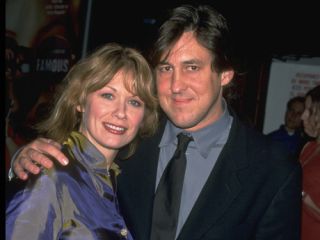 Cameron Crowe might have had Heart's Nancy Wilson at 'hello,' but apparently it's 'goodbye' after a marriage that lasted 24 years.

Wilson, who with her sister, Ann, leads the rock group Heart, famous for hits such as Barracuda, Magic Man and What About Love?, submitted a petition for divorce on 16 September, citing - what else? - 'irreconcilable differences.'

The documents indicate the couple's initial separation was in June 2008, when they decided to live apart and co-parent their 10-year-old twin sons, William and Curtis. Wilson is asking for joint custody of the boys, as well as her maiden name restored.

By all accounts, the two appeared to be the ideal rock 'n' roll/film couple. Crowe, a one-time Rolling Stone journalist, went on to write the novel and screenplay for Fast Times At Ridgemont High before directing films such as Say Anything, Jerry Maguire (for which he won a writing Oscar) and the semi-autobiographical Almost Famous.

Wilson, meanwhile, provided songs and soundtrack music for many of Crowe's pictures. After being idle for six years, Heart released the album Red Velvet Car this past summer.